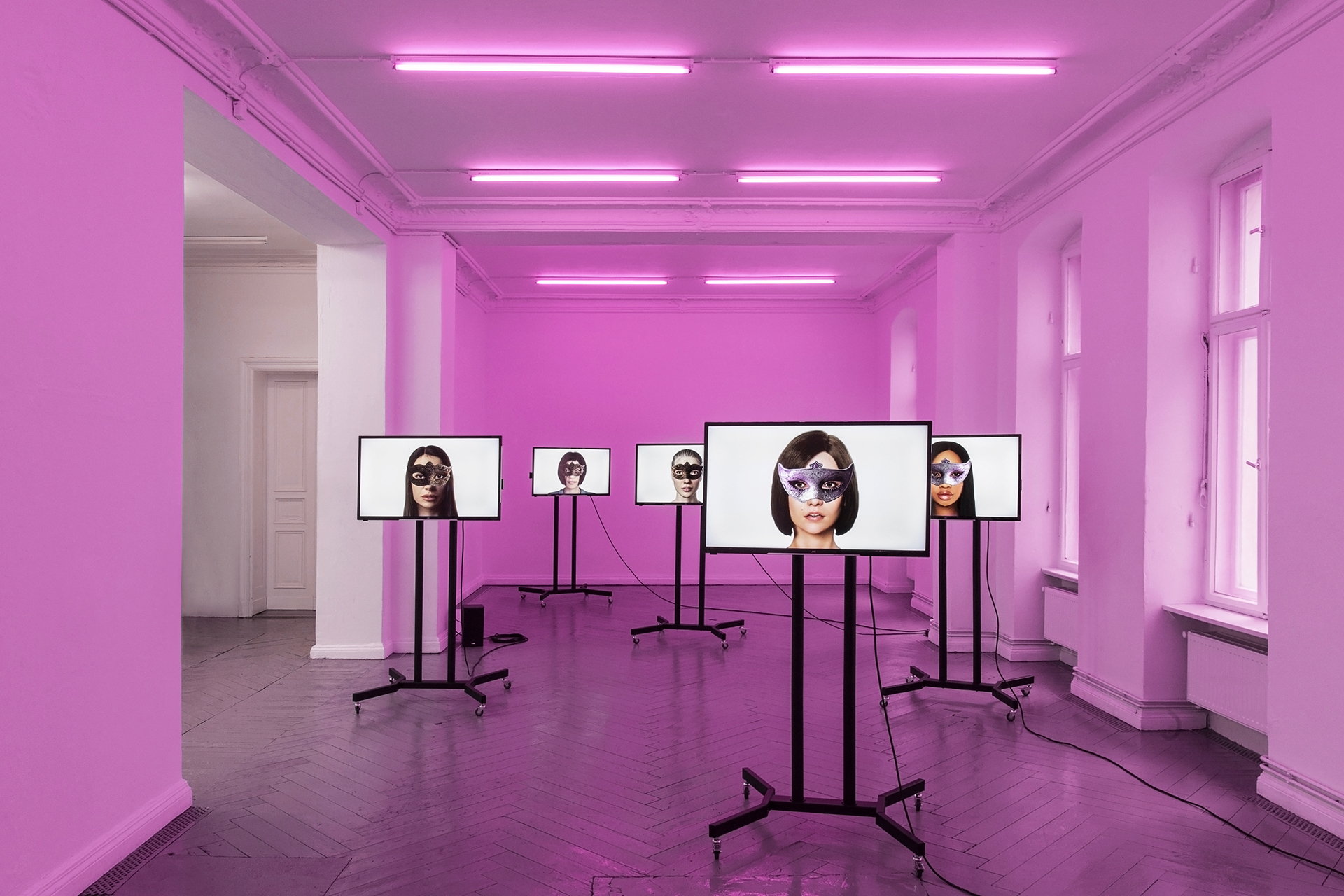 !Mediengruppe Bitnik (which is read as ‘not mediengruppe bitnik’) is an artists’ collective, with two of its members, Carmen Weisskopf and Domagoj Smoljo, focused on working on and within the internet.  !Mediengruppe Bitnik’s work engages with many of the core tenets of the post-internet age, in particular challenging notions of surveillance, social interaction and internet consumerism.

Ashley Madison Angels At Work is an ongoing series by the artists researching Ashley Madison, the Canadian online dating service marketed worldwide to married people seeking an affair. In July and August 2015, an anonymous group called The Impact Team stole and released all of Ashley Madison’s internal data, including the website’s entire code and functionality, customer data, as well as the CEO’s emails. The data breach revealed that Ashley Madison had a hugely disproportionate number of male subscribers and virtually no female subscribers to its site.  In response to the imbalance, Ashley Madison created an army of 75,000 female chatbots to draw men into (costly) conversations for the site’s profit. 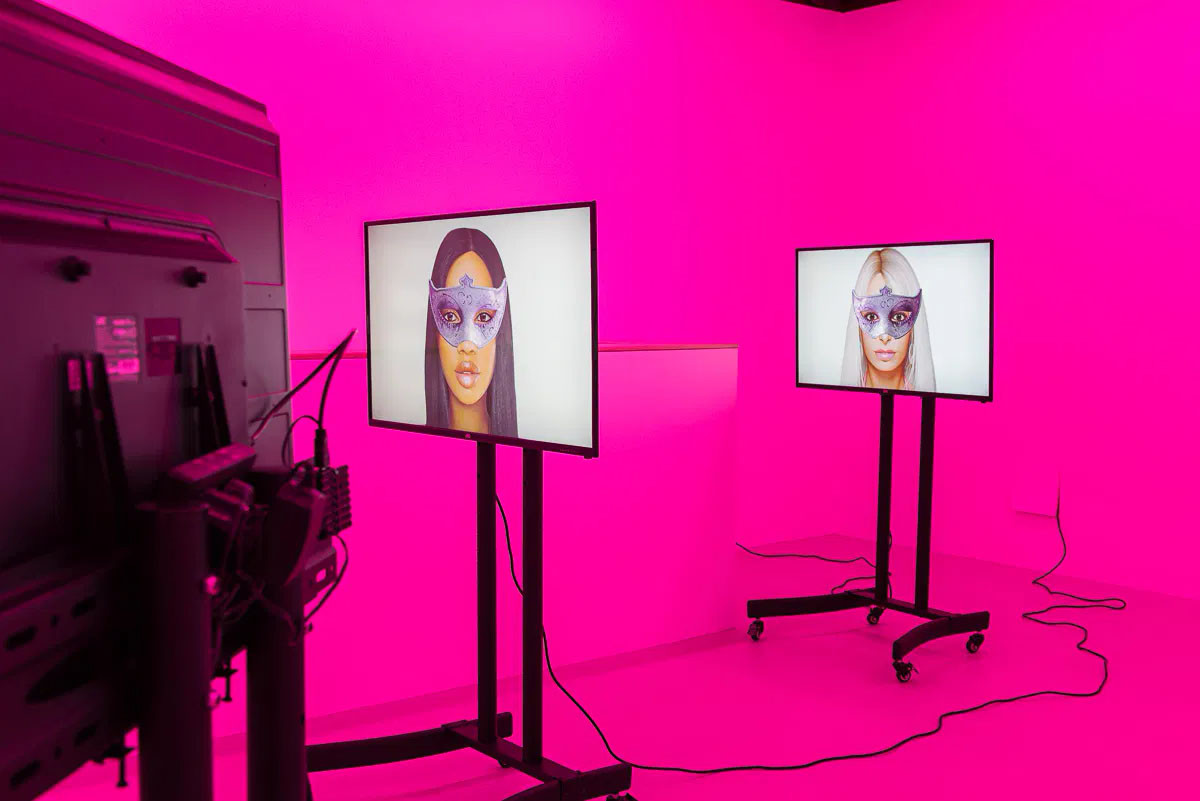 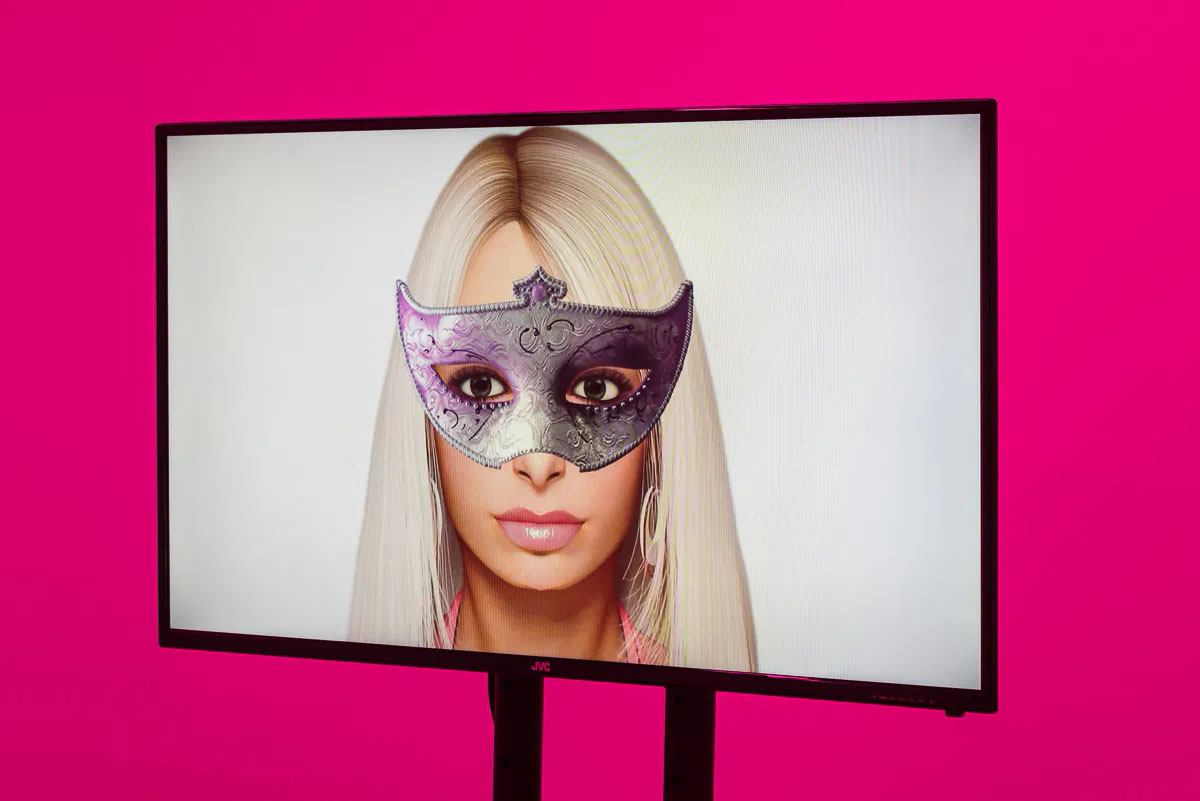 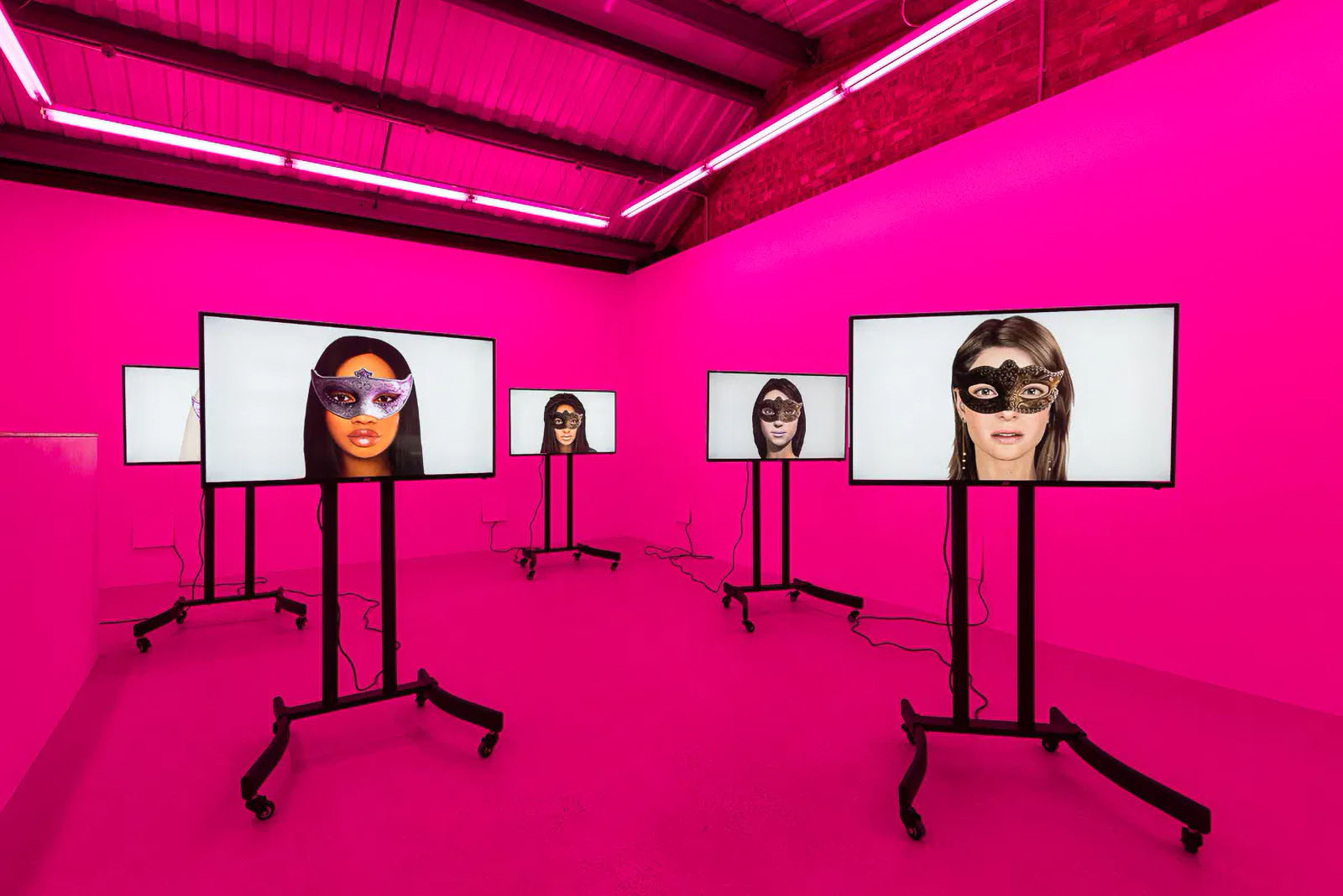 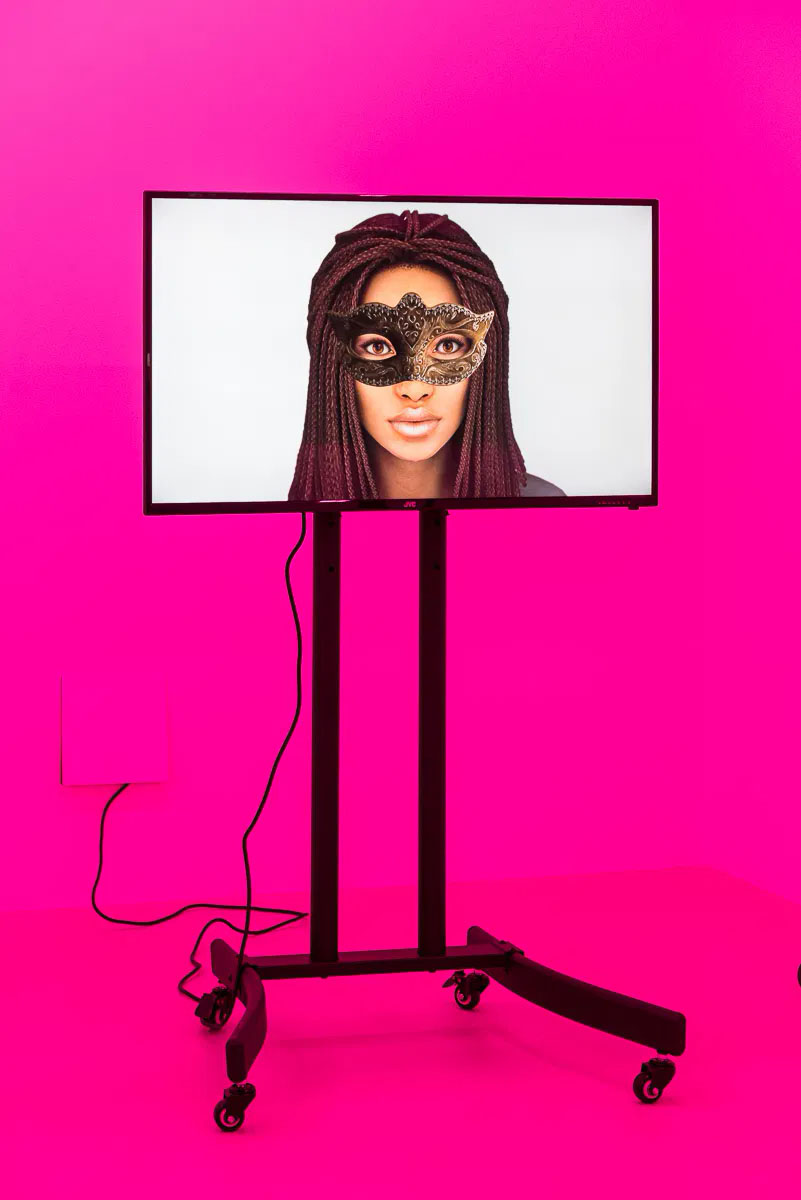